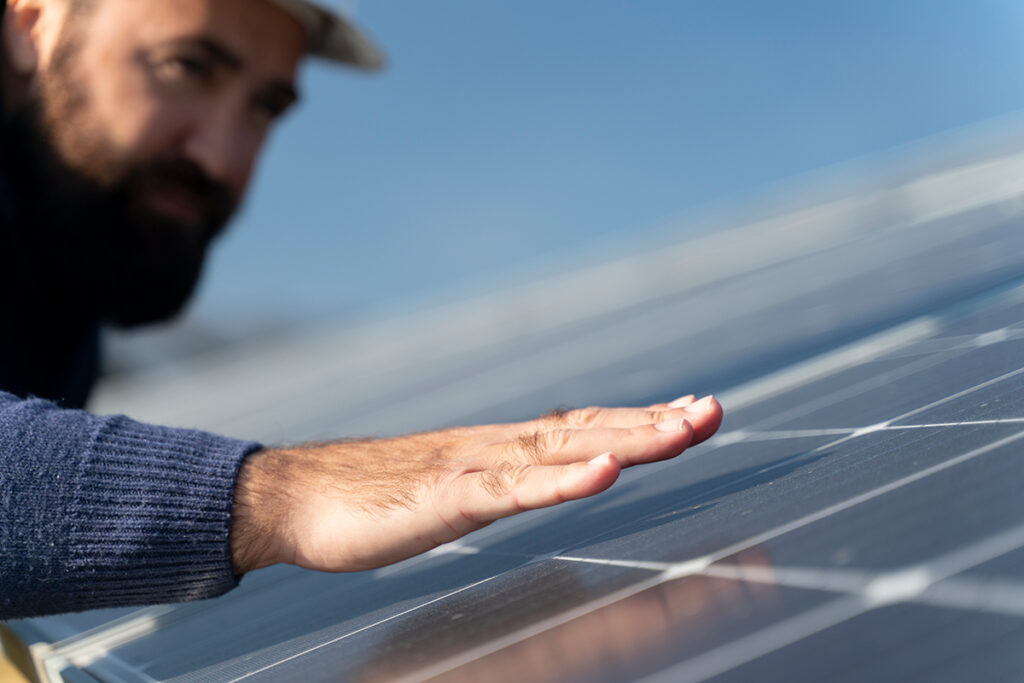 An encouraging figure that allows us to understand how our country can become more and more energy independent if it focuses on green energy plants.

At a time of geopolitical conflicts and debates on how to lower co2 levels on the planet, such an outcome can offer several answers to the doubts that persist in countries.

Over the weekend of 10 to 12 June, from Friday to Sunday, half of the energy supplied in our country came from renewable sources. The reason lies in the strong solar radiation that occurred that weekend and the gusts of wind brought by the previous days’ rainfall.

This benefited the wind and solar sectors, which could generate 1.2 TWh, half of the total demand. An excellent result that bodes well for the efficiency of renewable energy sources.

Not only wind and solar: on Friday, 10 June alone, hydroelectric power provided 13.8 per cent of the energy produced, bioenergy 4.4 per cent and geothermal 1.5 per cent, thus lowering the contribution of fossil thermoelectric power.

Such consistent results throughout the year could mean two main things: greater independence of Italy from energy and sources from other countries and more green and renewable energy, with a significantly reduced consumption of fossil fuels.

It would also become less necessary to talk about nuclear power, an issue that frightens many experts in the field because of historical events, high maintenance costs, and waste disposal.

Renewable energy: Considerations for the future

Data like this can only offer an attractive future perspective for renewable energy production. Wind power contributed 15% of electricity production in three days, and photovoltaics 14%. Adding hydroelectricity, bioenergy and geothermal energy, we arrive at 50% of the total energy required by Italy; all produced through green sources.

Usually, this percentage is around 36%, but it must be said that the installation of solar panels is growing considerably, as are new strategies to reduce energy production through fossil fuels. With the current trend of installations, we can hope that within five years, we can count on a constant 50% coverage of energy demand from renewables.

This result suggests that predictions made a few years ago about the efficiency of renewable energy sources were wrong. It was thought that solar panels, wind turbines and other green systems would not be able to produce enough energy to meet demand. In fact, at best, they were expected to provide 5% of the required power.

Fortunately, engineers and technicians did not give up and focused on renewables rather than nuclear power. This is not only a matter of national security and ecology but also of efficiency. There were only four decommissioned nuclear power plants in Italy, not enough to cover the national electricity demand.

The construction of more power plants would have been extremely time-consuming and costly, while simultaneously increasing the use of fossil fuels to compensate for the high electricity demand.