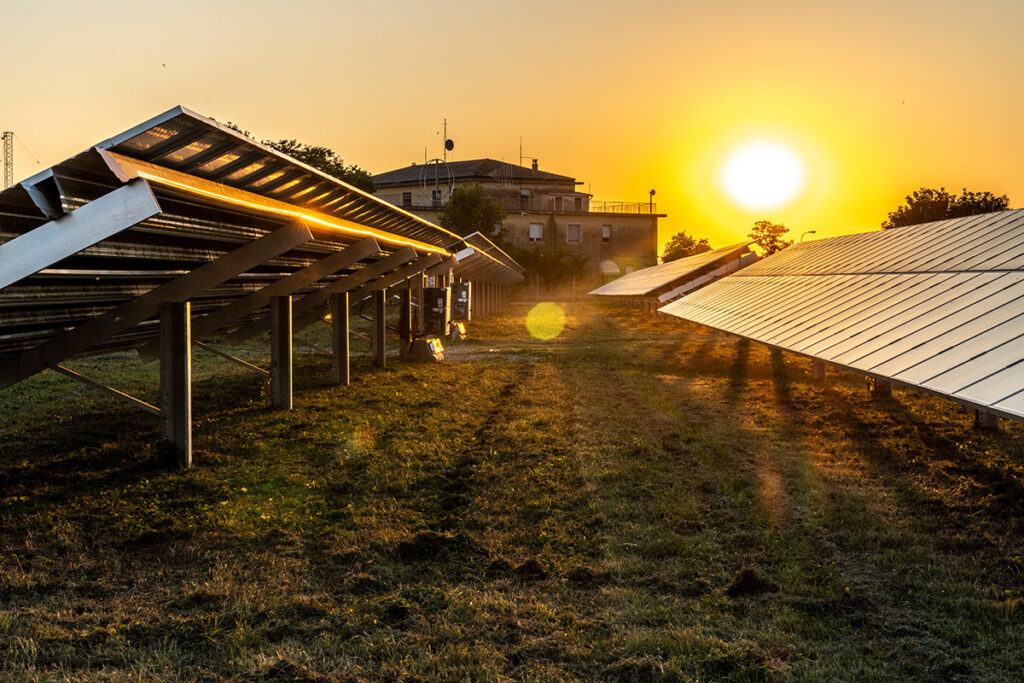 In recent years the attention of everyone – individuals, companies, governments – has shifted to the issue of sustainability.

The goal is to live in comfort and well-being, with products at our fingertips, smart appliances, efficient supplies. However, human comforts should not harm the environment. This raises the question of how to behave sustainably without depriving ourselves of comfort.

One of the most debated issues is power generation. In the past, power was generated using fossil fuels, gas or coal, which required extraction, processing and transport. And that pollutes. Moreover, who can guarantee that these sources are inexhaustible?

Another method of generating energy is the use of nuclear power plants, where chemical reactions produce electricity. Nuclear power stations do not produce carbon dioxide and nitrogen and sulphur oxides, so they do not affect air pollution, but they are very dangerous, as recent history has shown, and there is still the problem of disposing of harmful waste.

This has led to questions being raised about new, greener and cleaner methods of energy generation through inexhaustible and renewable sources. These include wind and solar power. Wind and photovoltaic systems are also becoming increasingly common in Italy in private homes and businesses, supported by recent tax deductions on their installation in our country.

The question today is: can a photovoltaic system be cheaper than nuclear and fossil fuels?

Photovoltaic systems are highly advanced systems that transform solar energy into electricity. Solar panels can now be found almost everywhere, on the roofs of houses, businesses, in fields outside cities, on vehicles.

The installation of a photovoltaic system is cost-effective and guarantees energy production to meet any requirement. The sun is also a clean and renewable energy source that is always available and free of charge.

The convenience of photovoltaics comes not only from the constant presence of the sun, a free source, and low installation costs, but also from the use of storage batteries. In order to consume the electricity produced by the solar panels, in fact, it is necessary to use these lithium instruments that store the excess electricity produced by the system and make it available in the following hours.

This means you always have enough electricity to enjoy all the comforts of being connected to the mains. There is no need to expose the system to sunlight all day, as the storage batteries store the energy and make it available even at night or when the systems are switched off.

Due to growing demand and the use of increasingly advanced technologies, storage batteries are now very cheap. This shows that renewable energies are not only clean, environmentally friendly and inexhaustible, but also economical.

This could make many companies and nuclear power plants turn up their noses. A massive uptake of wind and solar power could lead to the closure of these institutions, thus generating changes in the market and also political tensions.

So that’s why you don’t switch directly to photovoltaics?

If the sun is a free and inexhaustible source, why don’t we stop producing electricity through the use of substances such as oil or dangerous nuclear power plants?

According to some electricity experts, photovoltaics alone would not be enough to meet the electricity demand of all the world’s inhabitants and businesses. New machinery, home automation devices, etc., require more and more electricity. Just think that more and more means of transport are electric and that is the direction for the power supply of many other tools we use on a daily basis.

Electrification of everything is being sought in order to eliminate the use of oil, which is increasingly expensive and running out, or other fuels such as gas and coal, which pollute the environment. So the demand for electricity is increasingly massive and photovoltaic systems may not be enough.

The answer would therefore be to combine nuclear power with new methods of electricity supply. The energy of the atom is much more powerful and constant, programmable and with low carbon emissions.

Of course, like any decision, decarbonisation in favour of sustainability has its drawbacks: wind, photovoltaics, geothermal, biomass, etc., are not programmable, i.e. they cannot be chemically generated in the desired quantities to generate the power you want. To achieve the efficiency of nuclear power, these renewable systems would need mountains of batteries, which are notoriously expensive.

Photovoltaic: …end what about the economic side?

Isn’t a solar plant that produces as much in a programmable way as a large nuclear power plant more economical? The answer is yes. The cost of building and maintaining nuclear reactors is very high, but it guarantees impressive constant power.

On the other hand, photovoltaics can only match energy production with more installations and storage batteries. Is this a problem? Perhaps in terms of space (where do we install square kilometres of solar panels?) but certainly not in terms of money. According to the calculations of some researchers, for the same energy production in the same amount of time, however, photovoltaics, which requires more space and installation work, are still cheaper.

Learn more about the topic